On The Yiddish Policemen's Union 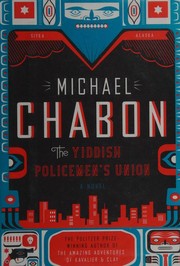 Well written, compelling take on the hardboiled detective story set in an alternate history where Jews were given grudging shelter from persecution in Alaska.

I found it hard to put this book down. Chabon's clear, colorful prose is nicely seasoned with the more abstract, terse style of Raymond Chandler and the result is delightful. As it is a detective story, the characters are a bit archetypal but they are filled out nicely. The setting is fascinating and well envisioned as a weird mix of Jewish and Tlingit culture that I doubt has ever been even suggested by another author.

The only criticism I would level is that the novel feels a little... tidy. There's a certain economy of characters and locations that felt a little contrived as they were revisited. I would have also liked another hundred pages or so exploring the consequences outside of the main mystery storyline, but if anything that's a testament to the intricate world Chabon created and how engaged I felt at the end. Definitely worth a read.