On The State of the Art 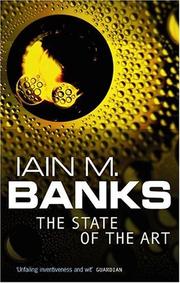 Rather uneven, but that's almost to be expected from a collection of early work.

The titular story, which takes up about half of the 200 pages, is the sort of science fiction payoff that everyone wants to read but is hard to do well and I'm not sure Banks really pulls it off. It describes the perspective of a highly advanced "enlightened" civilization (The Culture, naturally) on our local setting, the Earth of recent memory (circa 1977) rather than some distant analog serving as a metaphor or another wholly alien culture. Reading about aliens taking an unbiased view of our actual planet and ultimately deciding its fate is quite fun science fiction.

However, none of the moral hand-wringing or even calls to annihilate Earth ever really feel consequential thanks to the decision being left to The Culture who are always portrayed as far too measured and noble to negatively affect us in any way. The use of contemporary references like Star Trek, Star Wars, or David Bowie and the use of many major Western cities as a backdrop can also come off as a little lazy when the Culture lens doesn't add much. For example, the main character's view of divided East and West Berlin as post-modern political art is very interesting, but ship making requests on BBC or fashioning a lightsaber feels a little too much like Earth fan service. Ultimately, that's why I think The State of the Art is left as mediocre novella - the interest in the outsider view of real life is overwhelmed by a philosophical but toothless plot set in a relatively mundane location. Too much of Banks' creativity that I enjoy in the other Culture works is forced into hiding to serve the premise.

The rest of the stories are also quite a mixed bag. A Gift From the Culture and Descendant are good one session reads also in the Culture-verse. Odd Attachment was amusing and short. Cleaning Up was an entertaining retro-futuristic Cold War story. The remaining three stories, Piece, Road of Skulls, and Scratch were less successful in the end, although only Scratch was a complete failure (experiment all you want, but the result was unreadable garbage).

On balance there's more good than bad in this collection, but I wouldn't exactly call it essential reading either.