On The Bell Jar 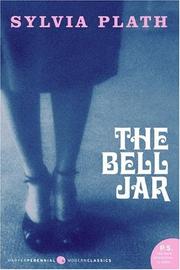 I read this without knowing anything about the plot, but of course it's reputation as a "sad book" preceded it. I was unprepared for how much of an understatement that is.

The first part of this book, before it becomes a hospital log, is amazing. I feel like it perfectly portrays the morbid cynicism of the suicidally depressed, but also the caged feeling of being a woman in this time period. Esther is straining against the parameters of her society and actually demanding agency of any sort she can get. It is a feminist book and is definitely judgmental of men, but I would say deservedly so... It's radical points of view are based only in equality and resisting the sort of angel-whore dichotomy and double standards facing women in the '50s. As she becomes more fixated on suicide, I wanted to shout to her (and Plath by extension) that things would get better even if her current status seemed hopeless.

It's in the last fifth that the book loses this intense thread. After the main suicide attempt, Esther is treated successfully. I didn't anticipate that, expecting more of a One Flew Over the Cuckoo's Nest style derision for EST and asylum psychiatry... But Esther pulls out of it. In a way that's a relief, but Plath makes it clear that the solution is temporary, that the bell jar that causes Esther to rot in "her own foul air" and become suicidal can surround her again. Especially since this work is obviously biographical, and Plath did indeed kill herself later, the work feels incomplete and the temporary solution unsatisfying. It feels ghoulish to say Esther should have died, but alternatively she could have learned to see something beautiful or hopeful in the world instead of being scrambled by EST.

I have to give this book credit for making me feel raw and sad the way it did, and for being a really powerful account of suicidal ideation that rings true. It's only the rather incomplete end that keeps it from being a perfect score.