On The Amazing Adventures of Kavalier & Clay 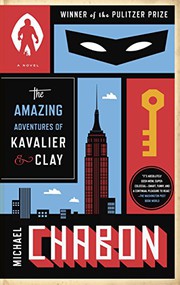 This book was wonderful. I have enjoyed most of the Pulitzer winning fiction I've read, unsurprisingly, but this was a rare book that was so compelling that I found myself reading it in bed until the early hours of the morning.

Chabon's writing is very evocative while flowing easily. He's not afraid of a well fitting bit of vocabulary (or making up his own ala "aetataureate") but the entire book is just a joy to read. Chabon's style shifts seamlessly between author omniscience and a sort of a well-researched paper with citations without ever breaking stride. It's this diligence that makes the world feel like it's real - Chabon's old New York actually works and the characters breathe within it.

The story is perfectly encapsulated. It doesn't rush, and doesn't dawdle. It spends a long time establishing characters and then pays them off. Predictably, with the backdrop of WWII, there is a bit of military adventure but even that interlude is relevant and surprising.

Best of all the three main characters just feel right. They are talented, but not superhuman. They make mistakes, but stay true to their motivations and their relationships.

I don't want to spoil anything so before I tag the rest of the review, suffice it to say this book is well worth a read.