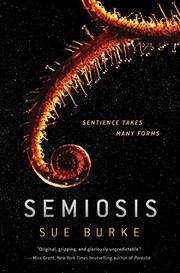 This book was an unexpected gem. It was at once realistic and also very alien, it didn't shy away from being weird or predicting broad generational consequences for a group of humans trying to thrive in an ecology they didn't evolve in.

The book is very direct and straight forward. Partially because the generational scale precludes having one set of main characters, instead focusing on specific individuals in the history of this colony. It feels a lot like Asimov's Foundation series that way - effective, if a bit sparse, prose covering long stretches of history (although Semiosis is closer to 100 years on a single planet, rather than 10,000 across the galaxy).

It also has a bit of Star Trek vibe, which I loved, because the group of humans is so dedicated to peaceful coexistence, study, and survival through adherence to principles. It is a very positive view of a human future despite the exodus from a violent Earth, and it's just so much more fun to read about this group being molded by their new home to live in peace instead of battling to remake it in the image of Earth.

The author also really nails the plant perspective in the novel too. I won't get too deeply into detail, because that's the pleasure of reading this story, but the author never shies away from covering how the plants think, intertwine and communicate in a very satisfying way.

My only criticism is that it's too short, and in some ways it ended right as things were at their most interesting. However, it was a logical stopping point and really the whole story was so jam-packed with payoff that I might just be being greedy. I'm looking forward to reading the sequel.