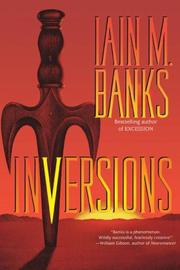 This was a really interesting book in the Culture series even though it didn't really match the others in subject matter.

The premise of this book is fascinating and it let Banks completely escape the usual hyper-advanced Culture setting and spend some of his boundless imagination on a medieval or Renaissance level world with two Culture agents basically having a long distance philosophical argument.

The world was deep and well thought out in the Banksian way, having enough detail to really make it feel like a unique place while using a lot of Earth short hand for the stuff that doesn't matter (i.e. the world is still very similar to feudal Europe in terms of organization, kings, dukes, barons etc.). The top level plot ends up being a bit boilerplate, but that's because the reader is more interested in the world and individual characters than the political machinations of this backwards planet so I wouldn't necessarily call that a flaw (and is quite typical for the other Culture books).

I enjoyed reading this book a lot, but if I had to criticize one portion of it, it's that we never get the sort of curtain dropping chapter at the end where all of the reader's suspicions about these characters and their origins are confirmed. There are plenty of tantalizing clues about our Culture representatives and their history together told as a story within a story, there are several sly references where it's clear to readers of previous entries what's actually being talked about, but in the end it's entirely background. In a way that's more fun than just having a final chapter that's like "Hey, remember that time we lived on a medieval planet? That was nuts." but I still expected a bit more of a concrete connection to the Culture at the end of the book even if it was just a glimpse of the characters leaving the planet. I did appreciate that the author of the in-world text (Oelph) did spend some time summarizing what happened in his world after the Culture agents faded from view, so I guess that's fair compensation.